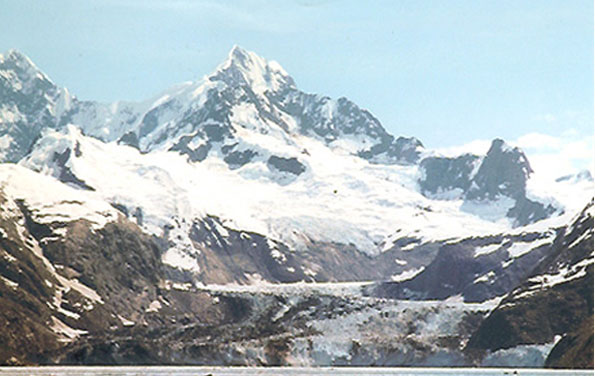 The Huna Tlingit people have lived in the Southeast Alaska archipelago for many hundreds of years.

They originally occupied the area now known as Glacier Bay , but were forced from their village more than two hundred years ago by advancing glaciers.

They chose to permanently settle twenty miles to the south where they subsistence-harvested each summer. The new settlement was referred to as Gaawt’ak.aan, or “village by the cliff”. Later the name was changed to Xu.naa (Hoonah), “where the north wind doesn’t blow”.

Their social structure was well-organized, and many lived in communal long-houses or clan houses. As it was a matrilineal society, children traced descent and inherited rights through their mothers.

The Tlingits related to their surrounding eco-system with respect and understanding, harvesting resources from the sea and the forest according to the bounty of the seasons. 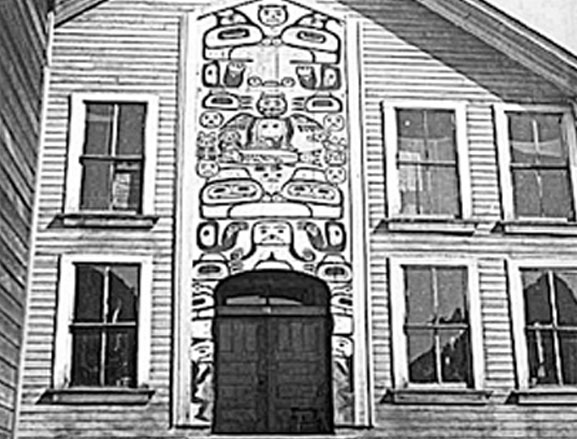 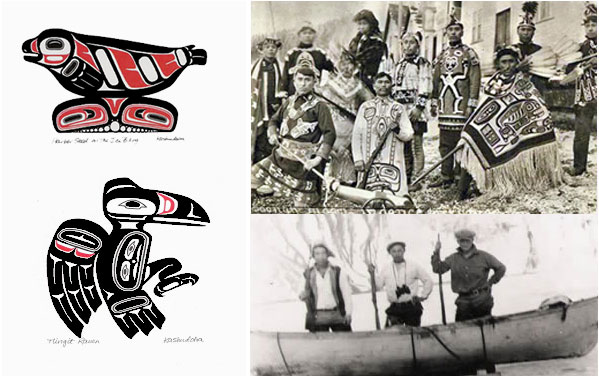 Though subsistence activities occupied much of their daily lives, many found expression as accomplished weavers, carvers and artists. For example, men and women decorated everyday objects with sophisticated, highly-stylized designs. This distinctive art form was a medium for the preservation of both history and culture.

The Tlingit were also highly skilled navigators who traveled to places beyond the village in large, sea-worthy, hand-carved canoes. It is said that they thought nothing of paddling for days in any direction.

In the early 1900’s a salmon cannery was set up in the area, providing employment for the women while their husbands purse-seined for fish nearby.

As this plant closed employment continued through a crab canning business which operated well into the 1970’s. A second fish processing company which began in the 1940’s is still operating today. 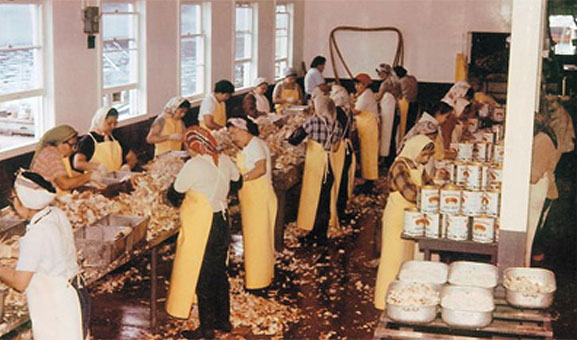 In 1944, a disastrous fire destroyed much of the town. Homes filled with ancient, priceless objects of Tlingit culture were lost to the flames. The federal government helped to rebuild by diverting to Hoonah World War II housing that was en route to Hawaii . These houses, located in the downtown area, are still called the “war houses”.

Russian and European explorers and fur traders, Christian missionaries, cannery and logging employees, and “outside” fishermen interacted with the Tlingit people from as early as the mid 1700’s. Many settled in Hoonah and became part of its history.